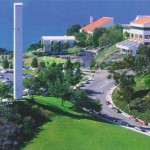 Last week, I guest lectured at Pepperdine University’s Center for Communications and Business on the topic of “Social ROI” – how to measure the significant amount of time, resources and money that companies spend on social media presence and initiatives.

There were sixteen undergrads, fourteen of whom were female students. With a total annual cost that might fall between $30,000 and $40,000, Pepperdine’s students clearly come from a more affluent background than many other college students, or young adults in general.

I wanted to capture some observations based a series of informal questions with which I opened the lecture. Most of the following are estimates based on a show of hands.

I’m glad I took the time to engage the students in a series of questions. I was surprised by a couple things, most notably how Instagram has overtaken Facebook as a platform of choice, and how Twitter was a non-starter for the vast majority of students.

I would guess that at a less affluent school, smartphones would still have a very high if not ubiquitous presence, but Android would have higher market share.

Do we have any teachers out there that can share from their perspective?

How Can We Help You?

If you are ready to take your business to the next level, we can help with content, advertising and optimization. Our digital marketing plans are designed to be cost-effective and measurable.